Reaching tall over Central Park South stands the new 111 West 57th Street tower, designed by SHoP Architects with interior architecture by Studio Sofield and developed by JDS Development Group and Property Markets Group. With a total height of over 1,400 feet, the residential tower is among the tallest new structures in the city. Celebrating the golden era architecture and complementing the historic Steinway Hall attached to the project’s base, the building’s New York design evokes without mimicking, the grandeur of the art deco period while utilizing state-of-the-art engineering and technology. To enhance the elegant profile of the feathered or hyper-setback tower clad in terracotta and bronze, L’Observatoire International developed integrated facade lighting, like an intricate embroidery of gold thread.

Lighting is integral to the experience of the exterior of 111 West 57th Street. The tower is topped with a crown that glitters at night, radiating like a beacon within the city, and which projects the cadence and vibrancy of the Steinway music hall at its base. The north and south elevations of the building’s crown feature dynamic lighting that can be thematically programmed, while on the east and west facades, L’Observatoire International worked closely with SHoP Architects to embed lighting directly into the system of terracotta facade panels. The tower’s twisting terracotta facade smoothly drapes over its structure like a rich fabric. Rather than illuminating the building through continuous lighting, which would mute the undulating surfaces of the terracotta, the soft waves of the terracotta are accentuated in ripples of light that wash over the facade at night. Emphasizing the rich texture of the tower’s slim outlines, the illumination cascades down to connect the upper crown to the building’s grand lobby on street level.

In addition to the facade, L’Observatoire International’s designed lighting for the lobby and residences, which carefully balance ambient and accent lighting. The lobby’s lighting design references the majestic spirit of Steinway Hall with a theatrical lighting concept. The procession of lobby spaces is carefully detailed to honor the landmarked interiors. The lighting emphasizes its ornamentation, from the bronze elevator doors to the gold and silver leaf murals.

L’Observatoire International designed the residential lighting to convey warm and intimate environments, which enjoy a spectacular view over the city beyond. At the same time, the use of low-level and concealed lighting creates a feeling privacy and protection.  A range of custom decorative light fixtures designed by Studio Sofield adds dramatic, glowing moments that echo the tower’s elegant and classic craftsmanship.

Perhaps most spectacularly, at night 111 West 57th Street’s lighting design is in tune with the lunar cycle, transitioning from a dimmer glow during the full moon to a brighter luminosity with a crescent moon. The tower’s lustrous crown connects to the surrounding city, sparking a conversation between the moon, the skyline, and the inhabitants of the city. 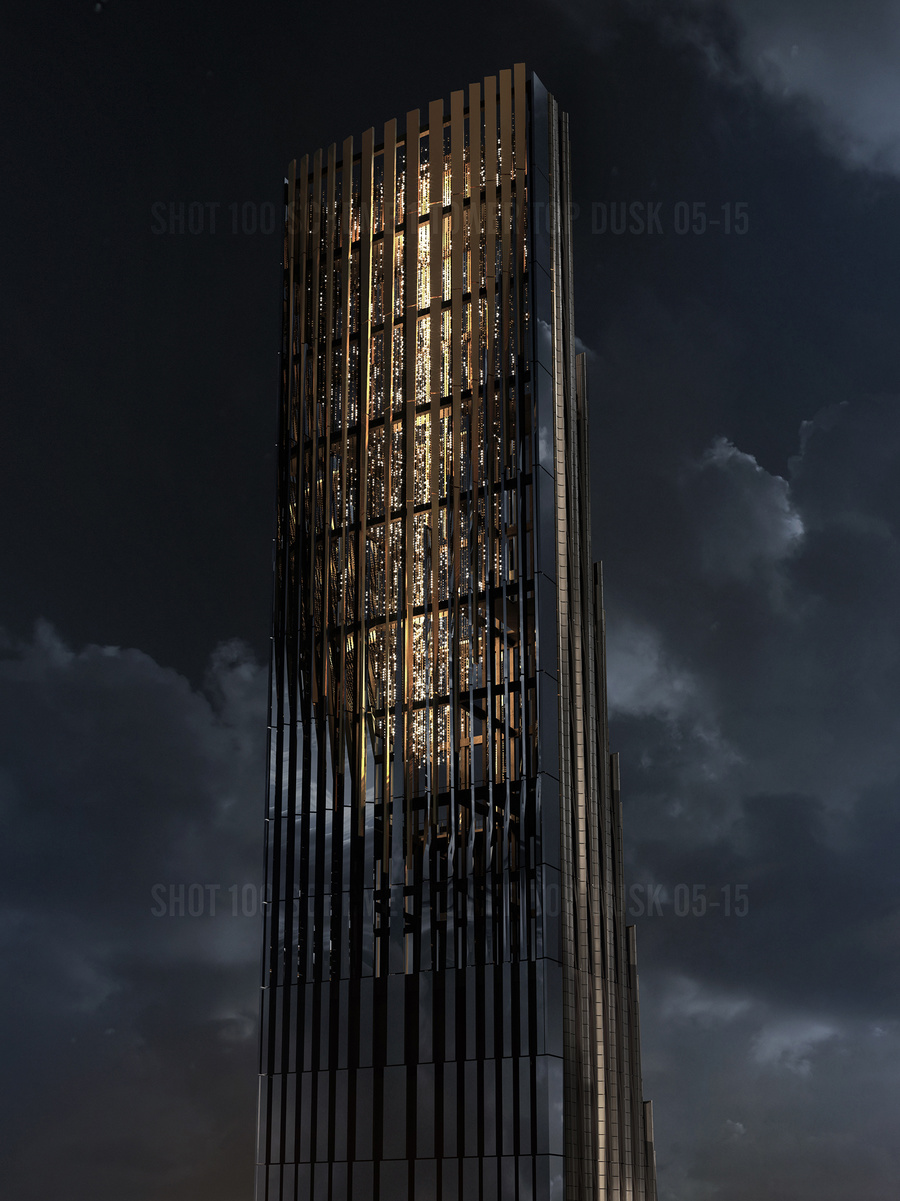