Hovering over a tropical garden, this ‘horizontal skyscraper’ – as long as the Empire State Building is tall - unites into one vision the headquarters for Vanke Co. ltd, office spaces, apartments, and a hotel. A conference center, spa and parking are located under the large green, public landscape. Renewable energy such as solar power and geothermal cooling are among the key issues implemented in this project, resulting in a LEED platinum rating - one of the first in Southern China.

Eight building elevator cores elevate the structure to a tsunami-proof height. At night they glow from within, making the horizontal skyscraper appear to float in space, while serving as giant lanterns for the landscape and pedestrian circulation. L’O scope also included the interior lighting of conference center auditorium and offices, as well as the public plaza and landscape lighting. 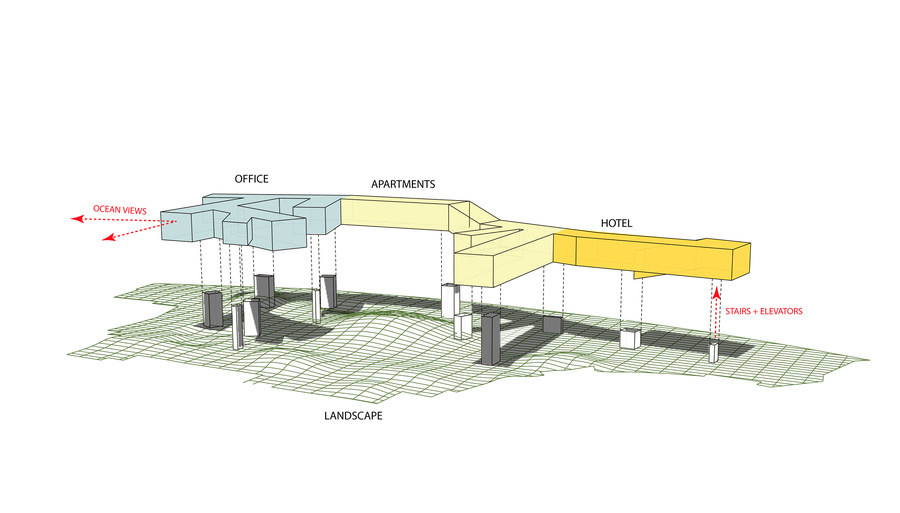