In collaboration with Olin Partnership, the project redesigns the physical and virtual landscape of Columbus Circle through a thoughtful analysis of dynamic experiences of and through the site. The new Columbus Circle provides a beautiful and habitable park for pedestrians throughout the day and the night, and safe passage between the intersecting avenues and the SW entrance to Central Park. The design also recognizes the Circle’s strong historical relevance as the monument, once called ‘Ground Zero’, still serves as the geographical center and orientation point of the city.


The lighting concept emphasizes the form of the Circle through a series of oscillating rings of light, starting at the monument itself and radiating out toward the perimeter. The light rings are shielded to avoid glare onto the passing cars, while the inwardly aimed light creates a visual barrier between the pedestrians and the busy traffic, creating an urban oasis of calm. Light poles were eliminated to highlight the monument as the sole vertical element, and carefully aimed and shielded lighting from three angles render the sculptural features of the monument itself. 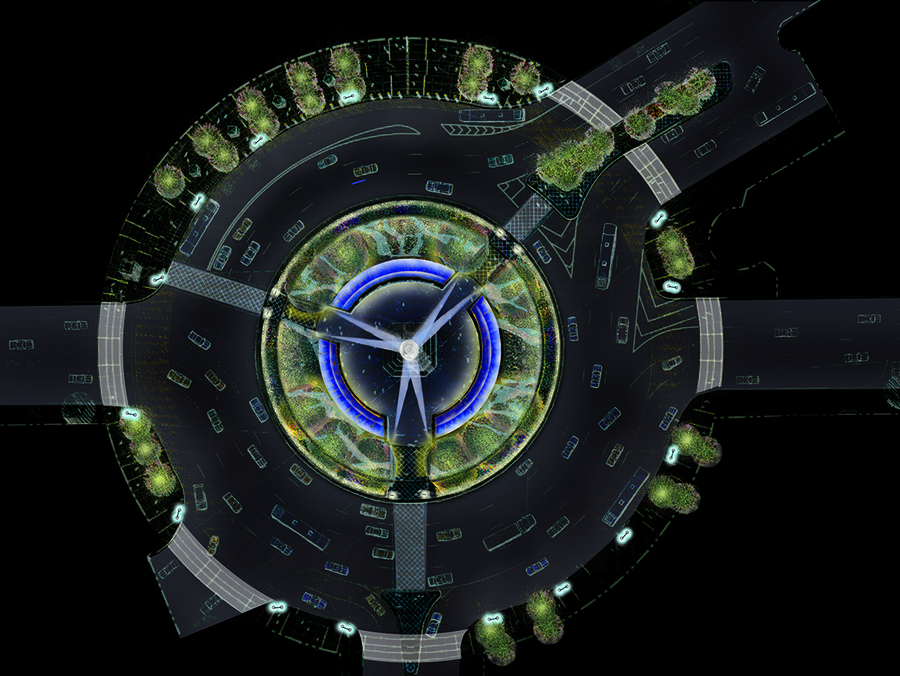