The new Queens Library at Hunters Point by Steven Holl Architects is an aesthetic interruption amidst the commercial skyline of Long Island City’s waterfront. To address the growing demand for increased public space along the waterfront, the library will serve as both public institution and park, utilizing a compact plan to maximize the amount of green space distributed over the site.

Three large apertures carved into the facade necessitate a delicate balance between natural and synthetic light used in different levels throughout the day. In response, L’Observatoire International developed a minimal approach both inside and outside of the library. By lighting the exterior of the building from the ground, a softened contrast between each window and the materiality of the facade is achieved. Each of the voids corresponds with an element of the building’s program, revealing the children’s, teen, and adult sections as distinctive parts otherwise experienced as seamless.

When lit at night, the voids can be read as a supergraphic in conversation with the historic “Long Island” and “Pepsi-Cola” signs visible from Manhattan. Forming a triangle with Le Corbusier’s United Nations building and Louis Kahn’s Franklin D. Roosevelt Monument, the Hunter’s Point Library completes a subtle trifecta, redirecting attention to the oft-overlooked but burgeoning waterfront. 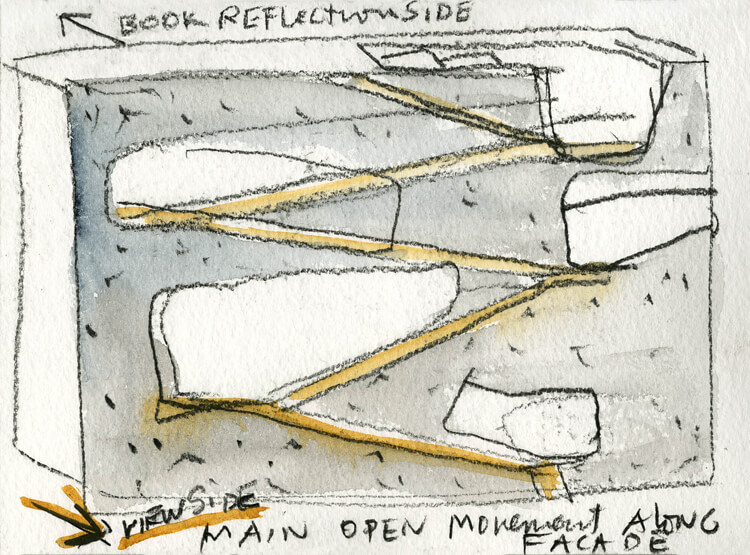