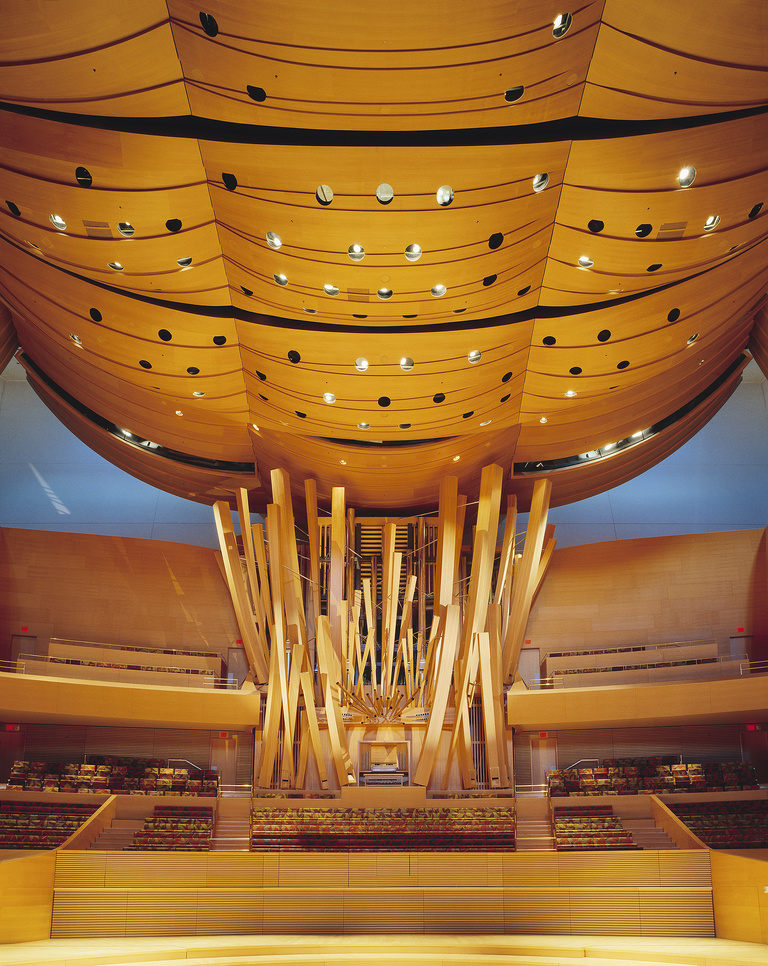 This 2265 seat concert hall features an undulating, steel exterior punctured by interior light, bringing interior activity outside. The entire project encompasses an outdoor amphitheater, an urban park, and public gardens. The lighting concept channels the energy and emotion of the interior auditorium into additional public spaces and exterior. Lighting effects in the auditorium are synchronized in public spaces, and timed to change with key moments of the performance.

The lighting principles of the Disney Concert Hall are influenced by the idea of a sequence under which people will experience the building, beginning from the street and culminating in the main hall. Light is used to guide the visitor through the complex organization of spaces and to create intimate areas within the overall space. In the main hall, the primary source of light is downlighting from the ceiling. The massive scale of the room is expanded through the indirect lighting of the large open corners of the space. At night the indirect light of the four corners will replicate the effect of daylight through the large open skylights during the day. 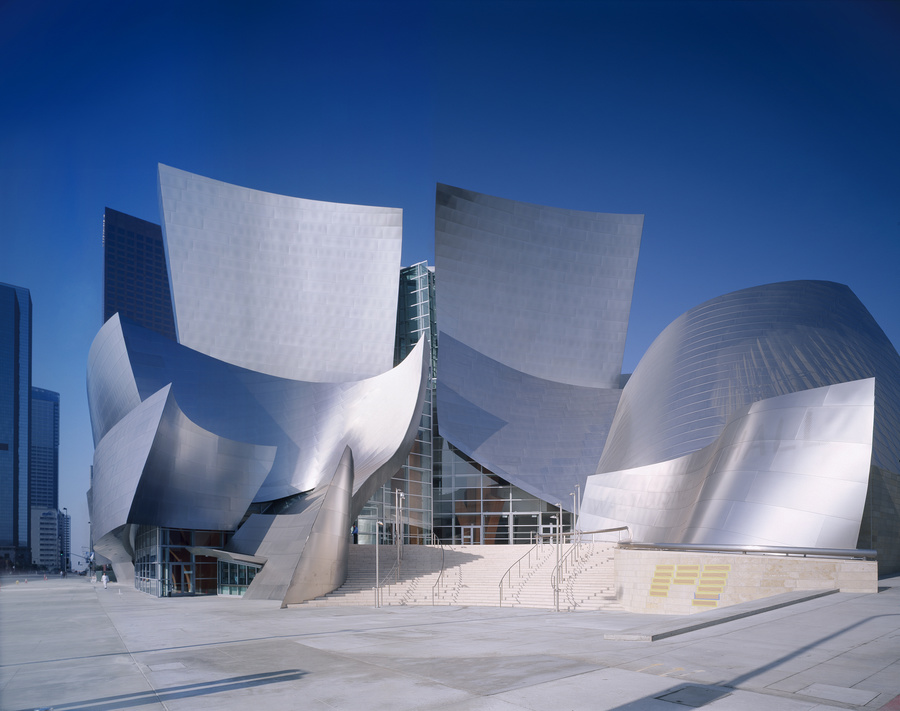