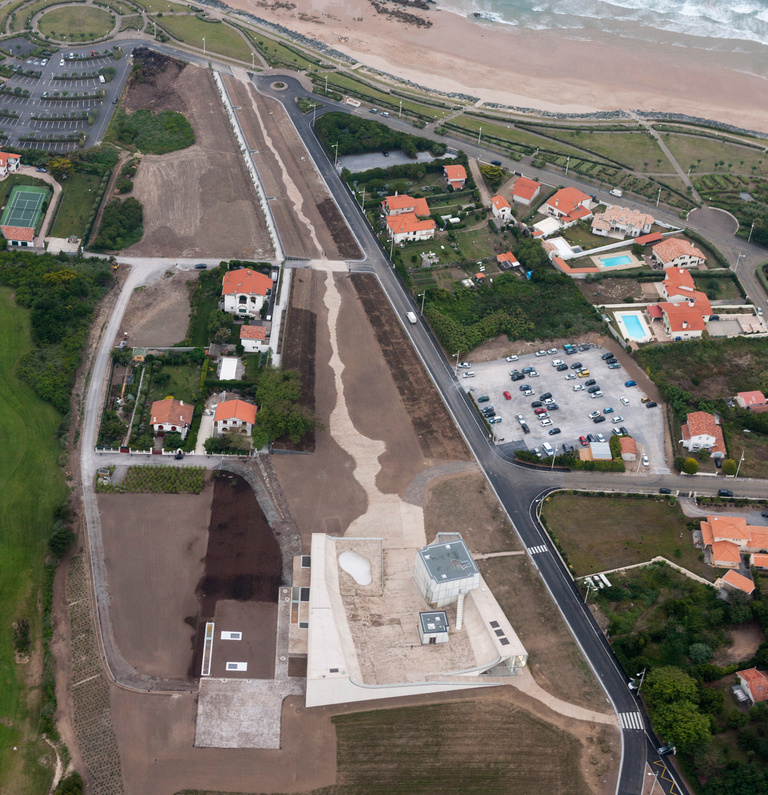 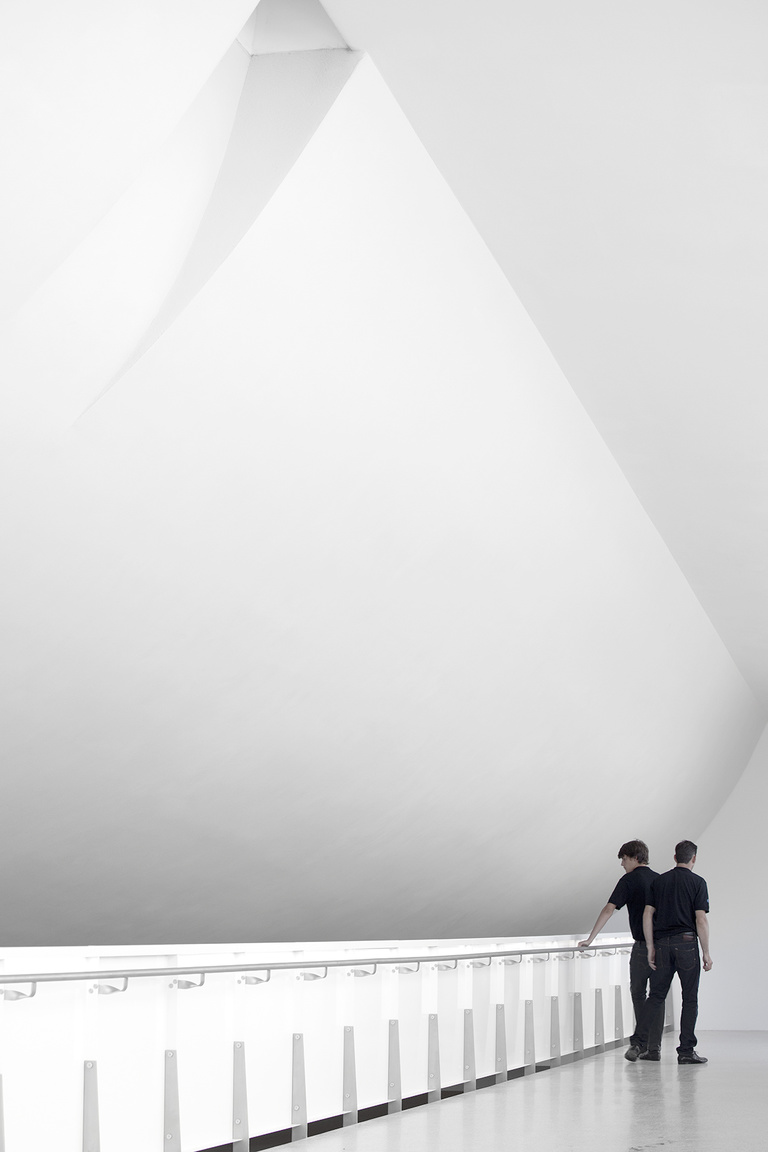 The Cité de l'Océan et du Surf, which opened in Biarritz, France in June 2011, was a collaboration between architects Steven Holl and Solange Fabião. The museum intends to raise awareness of oceanic issues and explore educational and scientific aspects of the surf and sea. Derived from the spatial concept "under the sky" / "under the sea", the museum's concave exterior creates a central gathering plaza, open to the sky and sea, with the horizon in the distance. On the interior, the inverse convex curve becomes the ceiling of the main exhibition space, evoking the sense of being "under the sea." The 3800sm building, which houses gallery spaces, an auditorium, a restaurant, cafeteria and administrative offices, is part of a larger site, with a public landscape that flows seamlessly from the museum's plaza to the water.

L'Observatoire International provided the lighting design for all of the interior exhibition spaces, other public spaces and the exterior landscape.

At night, the two glass structures that house the restaurant and the surfer kiosk glow from within and serve as lanterns for the plaza. Inside, the entry is illuminated with energy efficient fluorescent indirect linear sources, while the path leading to the exhibition spaces is lit from the handrails, a soft and inviting glare-free immersion into the exhibition areas below. To not break the smoothness of the waveform, the convex curved ceiling on the interior is kept completely free of fixtures, with all ambient lighting coming from fixtures fully integrated into the architecture.