The Metropolitan Museum of Art

The Metropolitan Museum of Art, founded in New York City in 1870, is the largest art museum in the United States and one of the ten largest in the world. The founders included businessmen and financiers, as well as leading artists and thinkers of the day, who wanted to open a museum to bring art and art education to the American people.

The previous lighting illuminated the façade unevenly via streetlight-mounted fixtures, flattening the face of the building and sacrificing the precision of the Beaux-Arts Style facade. Meanwhile, glare from the floodlights was not particularly conducive to an inviting plaza environment. The new lighting design invigorates the facade with new life, highlighting its dimensionality while treating the Museum itself as a work of art.

All lighting elements are integrated into the facade and the plaza, eliminating glare and melding seamlessly with the existing architecture. The shape and form of the cornices, molding, decorative statues and pillars are cast in relief, magnifying the elegance of the original design. 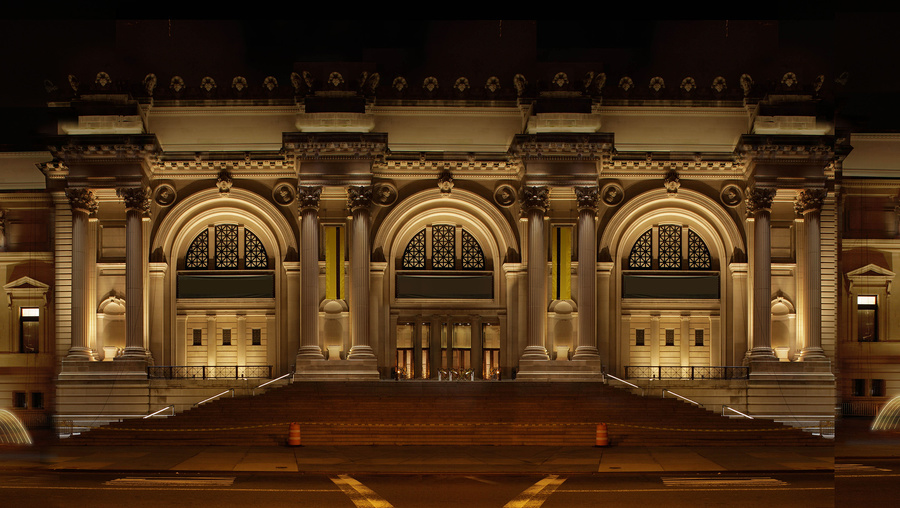