The churinga is a sacred ceremonial object used by Aboriginal men in secret rites. It is attached to a string and spun over­head, which causes it to emit a low-pitched sound believed to be the voice of the gods. For this exhibition, artist Marc Couturier installed the objects at eye level and attached them to the wall at their sides. The lighting was carefully aimed to create wing-like shadows, making the churinga appear to be in flight, thereby revealing a part of the ritual for which they are created. 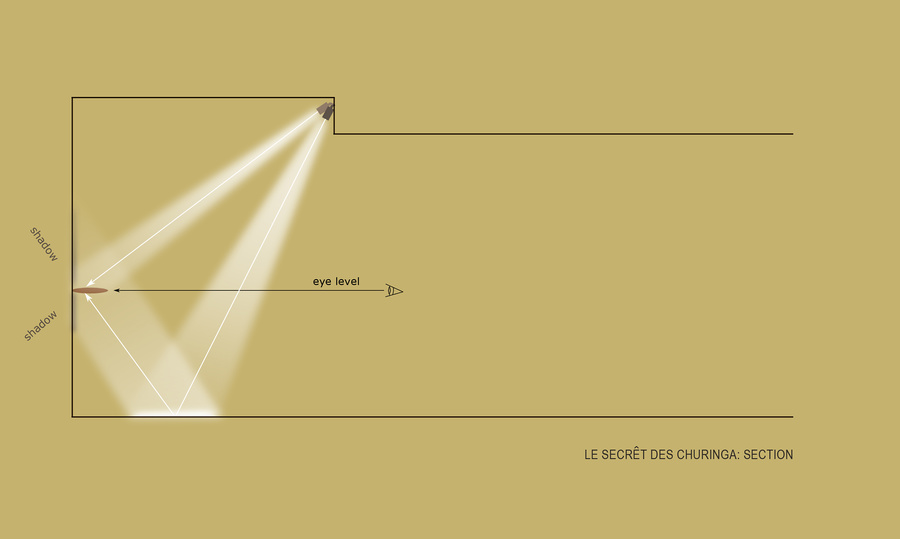