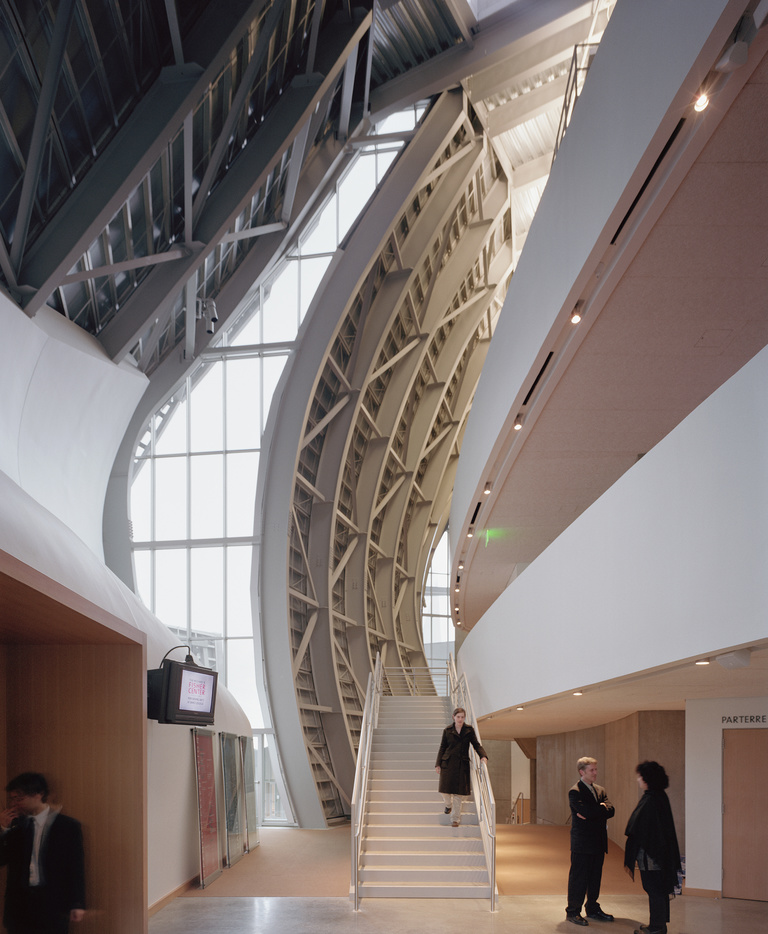 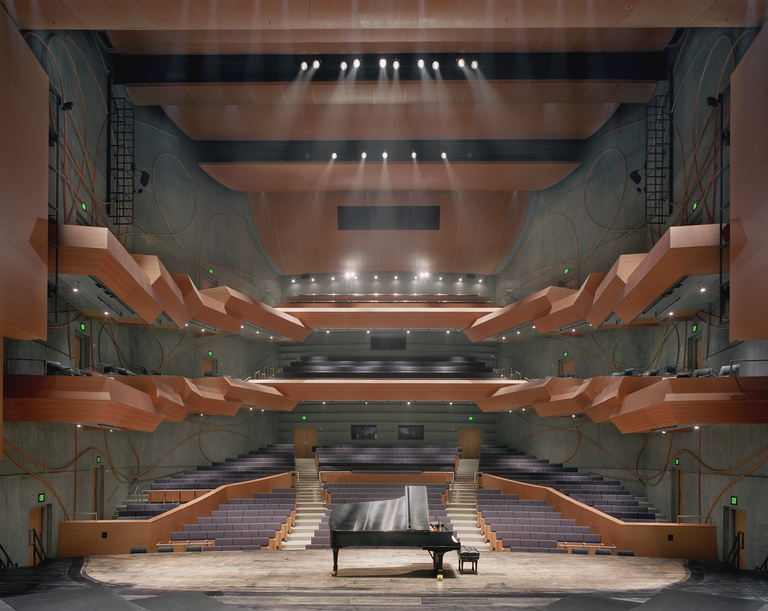 Fisher Center for the Performing Arts

Fisher Center is located in the picturesque campus of Bard College. It houses the larger Sosnoff Theater with 800 seats, the smaller Luma Theater with 200 seats, as well as rehearsal/ classroom studios. “The front façade of the building can be interpreted as a theatrical mask that covers the raw face of the performance space. Its abstract forms prepare the visitor to be receptive to experiencing the performances that occur within. In passing through the doors of the building, entering into the building’s lobby, and settling into its theaters, audience members go through a series of transforming experiences that prepare them for the performance about to begin.” – Frank Gehry and Craig Webb, of Gehry Partners, LLP.

The lighting principles direct a visual progression of experiences with the building, from afar as an object, to inside the building where the complexity of the structural form and its textures are revealed. The lighting treatments respond to the form, direction and texture of the architectural plane. Sources of illumination are concealed within, behind and above the architectural framework to express the intrinsic melody of space and to reveal its form. The Main Lobby functions as the primary visual reference point of the building and locates it upon the campus geography. The Balcony combines both direct and diffused light. The ceiling is uplit and acts as the primary source of illumination for the space. A series of downlights are placed to communicate a rhythm and to contrast the dominant glowing surfaces. The Main Hall presents a more complex system of fragmentation by examining an interplay of vertical and horizontal glowing surfaces presented through a hierachy of brightness. 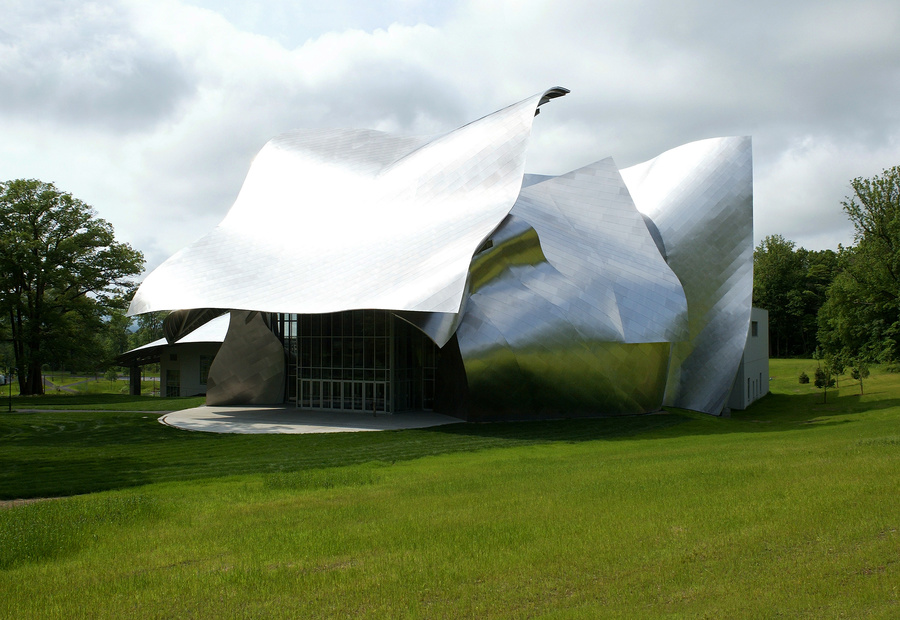