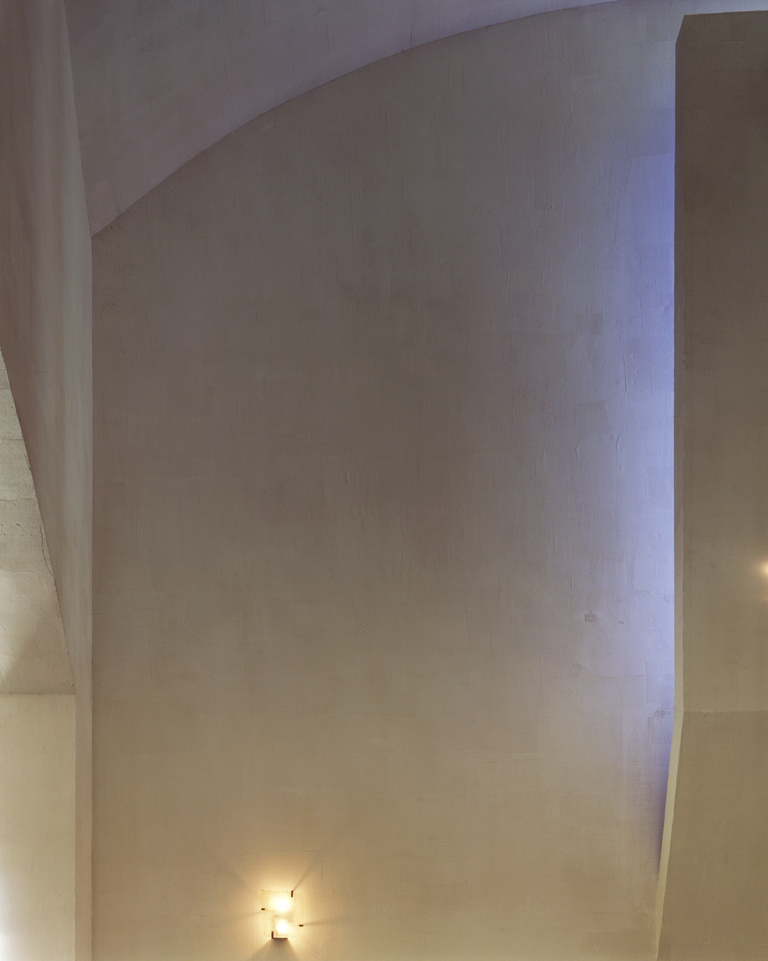 As a space designed for reflection and meditation, the lighting concept engages an intentionally serene mood. Here, the lighting concept responds to architect Steven Holl’s notion of “Seven Bottles of Light in a Stone Box,” in which each light corresponds to an aspect of Jesuit Catholic worship. This effect is realized through lighting embedded behind baffles, reflecting colored surfaces to create a colored glow. In addition, suspended fixtures and wall sconces designed by Holl dim to emanate the warmth of candlelight.

The concept of the Jesuit chapel, situated at both the literal and figurative heart of the downtown Seattle University campus, is to be a “gathering of different lights,” thus relating to both the different people who come to the Seattle university as well as the different liturgical elements of the Jesuit ceremony. All harkons back to St. Ignatius’s founding words: “a light must come down from above.”

The lighting concept for Steven Holl’s modernist architecture encompasses a full relationship between the function of the architecture and the lighting components. The aim is efficiency; and, for the chapel specifically, an endeavor to connect the spirit and spirituality of the lighting with the structure of the building. 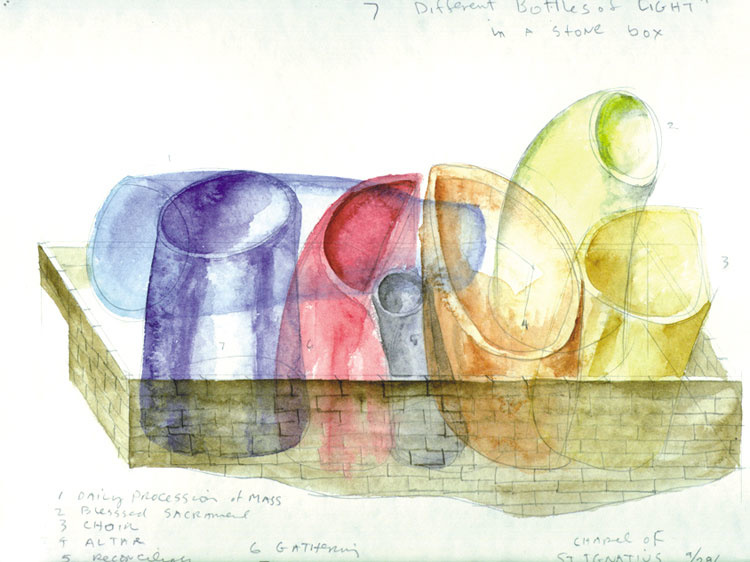