8 Spruce Street, originally known as Beekman Tower and currently marketed as New York by Gehry, is a 76-story skyscraper designed by architect Frank Gehry in the New York City borough of Manhattan at 8 Spruce Street, between William and Nassau Streets, in Lower Manhattan, just south of City Hall Park and the Brooklyn Bridge.

8 Spruce Street is one of the tallest residential towers in the world, and it was the tallest residential tower in the Western Hemisphere at the time of opening in February 2011. The building was developed by Forest City Ratner, designed by Frank Gehry Architects and WSP Cantor Seinuk Structural Engineers, and constructed by Kreisler Borg Florman. It contains a public elementary school owned by the Department of Education. Above that and grade-level retail, the tower contains only residential rental units (898 in total), a rarity in New York’s Financial District. The skyscraper's structural frame is made of reinforced concrete, and form-wise it falls within the architectural style of Deconstructivism together with Aqua, a skyscraper in Chicago begun after but completed before 8 Spruce. 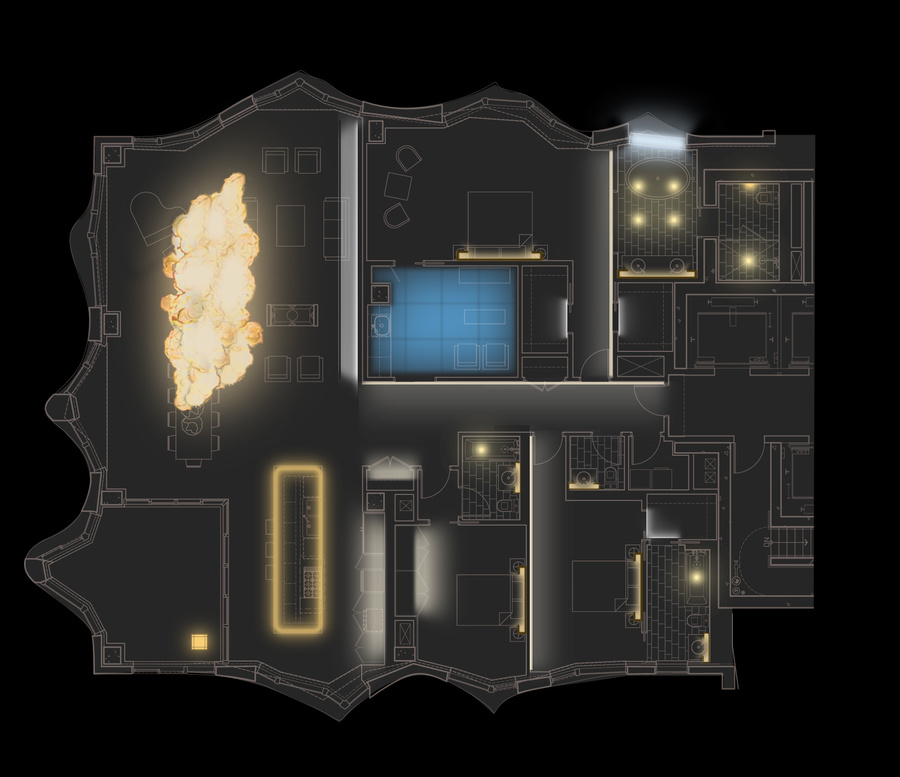